A civic settlement in the ‘Great Wilderness’, founded and destroyed within a quarter of a century:

At the side of Lake Wadag, at the village of Barczewko/Alt-Wartenburg near Olsztyn (Warmian-Masurian Voivodeship, north-eastern Poland), lie the walls of the first town of Wartenburg (Barczewko), destroyed during hostilities in 1354. Today’s Barczewo stands on the site of its re-establishment at a different location, since which time the remains of the first town have lain untouched in the earth. In recent years, this site has been the subject of a research project conducted by the universities of Gdańsk in Poland and Greifswald in Germany and funded primarily by the German Federal Government Commissioner for Culture and the Media, with contributions from the University of Gdańsk, the municipality of Barczewo and the Historischer Verein für Ermland. 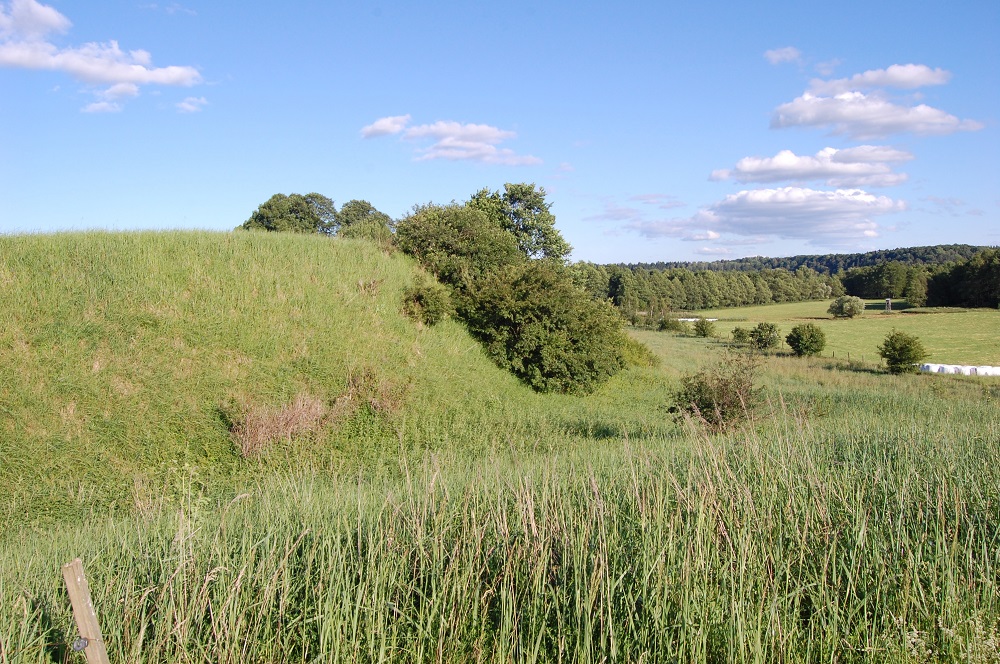 In comparison with other towns and cities once endowed with Magdeburg law, Barczewko/Alt-Wartenburg, located in the former Prince-Bishopric of Warmia and the Prussian territory of Galinden, makes a most modest impression. The town’s terrain, irregularly oval in form and originally surrounded by a moat and wall, lay on a spur providing the settlers with an area barely exceeding two hectares. Shortly before or around the year 1330, a small group of colonists, presumably originating largely from Silesia, settled there, in the wake of the establishment of a fortified castle nearby by the Warmian bishop Eberhard von Neiße (in office 1300/01 to 1326) in 1325. One might query the appropriateness of calling such a settlement a town; in this particular case, legal, social and architectural considerations emphatically justify the epithet.

In legal terms, Barczewko’s civic status is identifiable in contemporary written sources, such as the deed of 1337 which constituted its first mention as Wartberg Ciuitate; the document named the town’s two Schulzen (heads of the settler community) as two brothers, Johannes and Peter. The town’s municipal status rested on ‘charters of location’, known as Handfesten, which we know were issued for almost all Warmian municipalities in the fourteenth century. Barczewko’s Handfeste has not survived; it is likely to have perished in the flames of the original town’s destruction in 1354. We are, by contrast, aware of the content of the charters of location issued for its near-contemporary neighbouring municipalities, Guttstadt/Dobre Miasto (whose Handfeste was dated 1329), Rößel/Reszel (1337) and Seeburg/Jeziorany (1338). The provisions they contained, based on Chelmno law, are largely consistent with one another, differing only in respect of specific details. It therefore seems a safe assumption that Barczewko’s lost Handfeste would have been comparable in content. The civic character of these settlements, all of which were relatively small in size, appears unambiguously in particular features of their charters which contemporary Handfesten pertaining to villages did not include, such as the right to hold markets and erect fortifications, and in the types of public institutions the towns contained, especially the commercial centre (Mercatorium) and the public baths.

The civic institutions that found mention in the charters shaped the urban character of the structures evident in these small Warmian towns. Barczewko appears to have been no exception. By its destruction in 1354, it consisted in approximately two dozen half-timbered houses with cellars, situated along two parallel streets and a rectangular marketplace of around 40 by 60 metres, flanked on its southern side by the town’s largest building, the Mercatorium referred to above. Grouped around an inner courtyard containing, among other things, furnaces for craftspeople’s use, the three wings of this commercial facility served as stores and sales areas for wares produced in the town or purchased in the course of trade. Researchers have identified the location of the public baths as the town’s eastern edge; here, distinctive finds such as a large furnace and numerous clay drinking and pouring vessels point to the site’s erstwhile use. The choice of the baths’ position, at some remove from the marketplace and the surrounding houses, will have been connected to the fire risk presented by the regular heating required for their operation.

The town – which also had a parish church with a graveyard attached, located north-east of the marketplace – thus featured all components of an urban settlement: a marketplace with a mercantile centre serving administrative and economic needs and given pride of place in the town; a regular network of streets; fortification; a church and a graveyard; and a number of houses for the citizenry. These latter were built, like the rest of the settlement, largely of wood and clay and in the half-timbered style; nevertheless, their rectangular cellars, accessed via staircases and ramps, point distinctly to an urban manner of construction comparable to many of the buildings found in medieval towns and cities in the east of Central Europe. No settlement had previously existed at this place, and it is evident that a survey preceded its planning, which in turn preceded its construction. 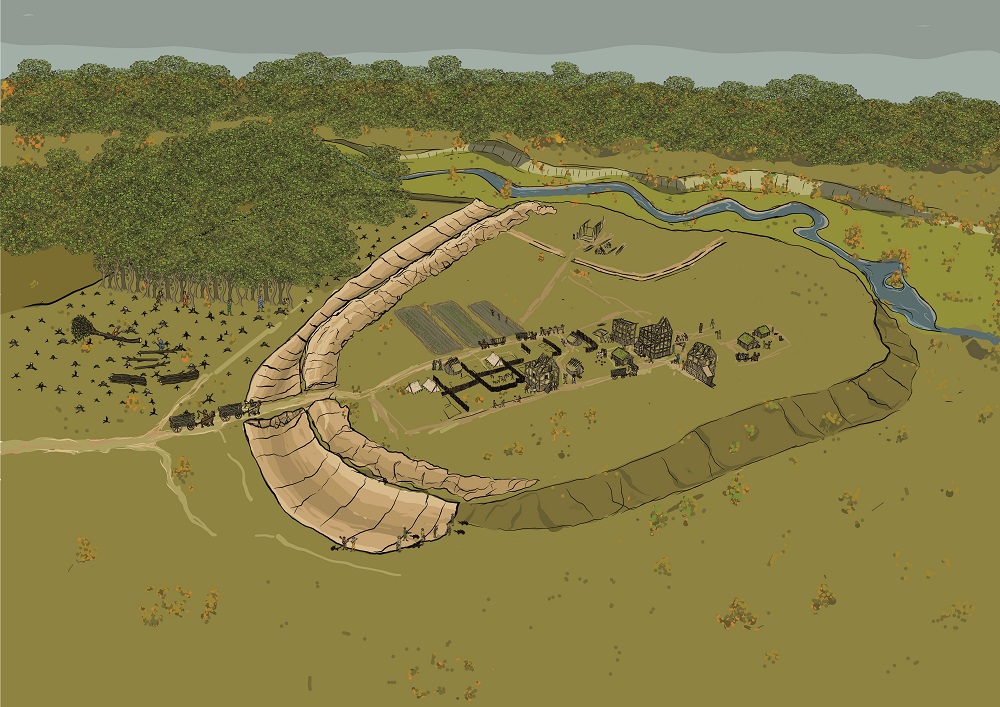 Fig. 2: Reconstruction of Barczewko’s beginnings around the year 1330, land clearing and fortification is taking place and the first houses are coming into being (Leif Plith Lauritsen)

The structure of the town’s population is another factor distinguishing its civic character from the properties of a village. Finds at the site, including ploughs, hoes, hatchets, scythes and other agrarian implements, indicate that large numbers of Barczewko’s population were engaged in agriculture for at least part of their livelihoods; we might term these people ‘farmer-citizens’. These activities served exclusively to sustain the farmers and their families, in light of the fact that there were, at this time, no villages in the surrounding area whose farmers could secure its food supply. Alongside these farmer-burghers, Barczewko’s community encompassed all the crucial trades and crafts of the time, including fishermen, a butcher, miller, blacksmith, Bader (a barber-surgeon and master of the public baths), potter, carpenter, and so on. It was evidently incumbent upon the person assigned responsibility for establishing the town (Lokator) to take care, when selecting settlers for the new municipality, to ensure that representatives of all essential trades and crafts were among the group in order for the new town to form a functioning community. In the first two decades of its existence, Barczewko was located in the sparsely populated forested areas of the south-eastern Prussian lands, known at the time as the ‘Great Wilderness’. It was not long before the town on the edge of Lake Wadag had found incorporation into the Prussian lands’ network of trade and communications, a fact to which imported goods and products of quality urban craftsmanship bear witness. However, the existing towns and cities which might have been sources of traded goods – Ostróda 53 kilometres to the west, and Lidzbark Warmiński 35 kilometres to the north – were far away, and the roads that led to them were in poor condition. This circumstance required the population to produce the vast bulk of its requirements, in terms of crafted goods, by itself, and this in turn called for a highly organised division of labour within the community. 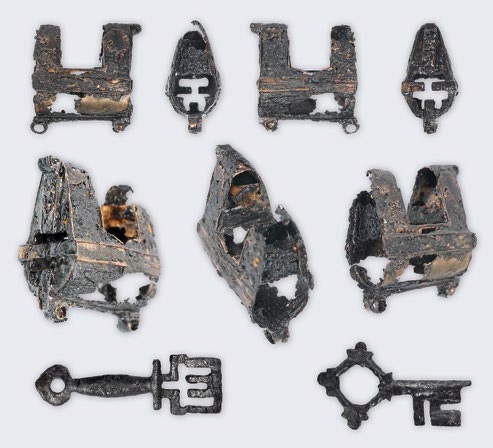 Fig. 3: Archaeological finds of utensils for routine use from the cellars of the destroyed town of Barczewko (Institute of Archeology and Ethnology, University of Gdańsk)

The pattern observable in Barczewko likewise occurs in other areas of Warmia and of the territory of the Teutonic Order; the settlement of part of a region proceeded by, first, erecting a fortified castle to secure the terrain (in this case, this castle was Wartenberg, built in 1325), then establishing a town as a future economic centre for the area, with agricultural villages and single farms following. Evidence indicates that the foundation of the first village in Barczewko’s environs took place in 1346, over fifteen years after the town came into being. This procedure required the first generation of citizens in this early phase of settlement to act as craftspeople and farmers simultaneously: an immensely strenuous undertaking which demanded great skill and a willingness to take risks up to and including – as Berczewko’s ultimate fate shows – the risk of total failure of the endeavour and indeed of the loss of one’s life.

It might seem inexplicable, in view of the toil and jeopardy the settlers could expect, that, time and time again, sufficient numbers of people were willing to embark upon the venture of founding a civic community under such conditions and far from existing civilisation. A key aspect of their motivation resided in the high degree of personal and economic liberty conferred upon the settlers with the rights enshrined in the new town’s civic charter. After the labours and perils of the pioneering phase, there was the prospect of a life in relative freedom and prosperity. Combined with the timeless appeal of new beginnings, this outlook appears to have tipped the balance for many settlers against the risk of financial failure, famine and violent attack. A popular proverb, of which numerous variations exist, promised ‘den ersten der Tod, den zweiten die Not, den dritten das Brot’ (death for the first [generation], suffering for the second, bread for the third). Sadly, the community of Barczewko was to experience the bitter fulfilment of this saying in its most extreme form.

Barczewko’s ruin came during the lifetime of its first generation of settlers. The colonists fell victim to the bloody conflict between the Teutonic Order and the Grand Duchy of Lithuania which overshadowed the region during the fourteenth century. In the winter of 1354, a Lithuanian army, led by the two grand dukes Kęstutis (who reigned between 1347 and 1382) and Algirdas (whose reign covered 1345–1377), attacked the young town, burning it to the ground and killing its entire population. The chronicles of Wigand of Marburg, a herald of the Teutonic Order, mention the event, and present-day archaeological research has provided striking evidence in support of the account, indicating that the town met its end in a catastrophic conflagration whose date we can consider confirmed by finds of coins and by the fact that all dendrochronological dating carried out on wood from the site’s former buildings yields dates prior to the year of the burning. 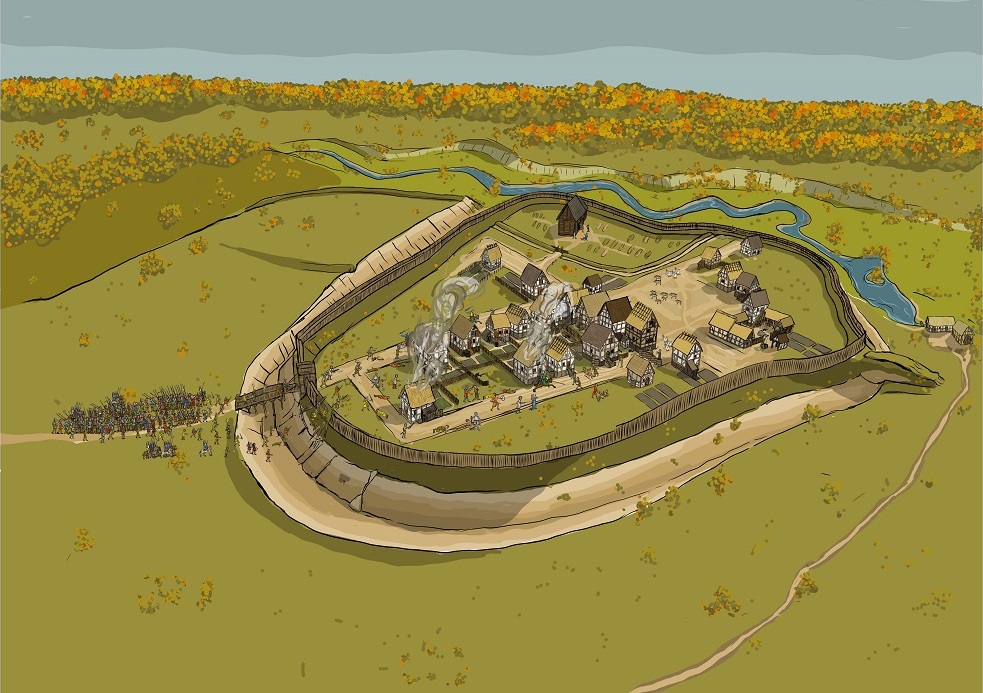 Fig. 4: Reconstruction of the situation on the day of Barczewko’s destruction in 1354 (Leif Plith Lauritsen)

The rebuilding of Barczewo/Wartenburg followed some years later at a site approximately six kilometres from the first, leaving the remains of the original town preserved under the ground as an exemplar of an embryonic Lokationsstadt. Had not the original, lonely site at Lake Wadag suffered the devastation of 1354, it would today be the location of a small provincial town whose history would be of interest to local enthusiasts at most. The unhappy event of its destruction has given rise to a form of ‘Pompeii effect’ in which the town’s buildings and artefacts, torn abruptly from daily use and left to themselves for the subsequent 660 years, are now objects of archaeological and historical research into municipal communities whose importance transcends the immediate region. The cellars of the houses burned down in 1354 contained clay vessels, all kinds of tools, silver coins and implements for routine use, often found as they had been on the day of the catastrophe. The violent end met by Berczewko is apparent in the crossbow bolts and arrowheads strewn around the scene and above all in the skeletons of the unfortunate townspeople, murdered and buried under their houses’ falling beams. Each house excavated adds to our knowledge of the town’s social and economic structures, and the two decades’ worth of graves in the former churchyard represent an invaluable genetic treasure-trove of information for the history of Warmia’s population in the fourteenth century’s second quarter.

Barczewko/Alt-Wartenburg serves as a representative case of the numerous small towns in the period of the eastern European settlements endowed with Magdeburg law or related civic codes between the twelfth and fifteenth centuries. Their civic character did not necessarily arise from the size of their population, but rather, and above all, from the legal, social, economic and urban characteristics attaching to them as outlined in this article.

Felix Biermann, Christofer Herrmann and Arkadiusz Koperkiewicz, Barczewko / Alt Wartenburg: A civic settlement in the ‘Great Wilderness’, founded and destroyed within a quarter of a century, in Magdeburg Law. A building block of modernen Europe, 11/08/2020,  https://magdeburg-law.com/historic-city/barczewko-alt-wartenburg/