From the Elbe in the west to the Dnieper in the east, from the Baltic Sea in the north to the Black Sea in the south – the extent of the network of cities in which Magdeburg law spread is remarkable. The length of time it was in effect is just as impressive: It was applied in numerous Central and Eastern European cities from the end of the 12th century onward and remained in force well into the 19th century in some places.

The term “Magdeburg law” not only stands for the medieval law of the city of Magdeburg but also for the complex of laws and rules adopted by nearly 1000 cities in Central and Eastern Europe.
This complex was continuously being changed by the legal advice provided by Magdeburg’s lay judges’ bench as well as by modifications of the law to local needs.

Its exceptionally long and varied reception history and the adoption of its rules and principles in conjunction with the regulations of the Sachsenspiegel make Magdeburg law a major milestone in European legal history. 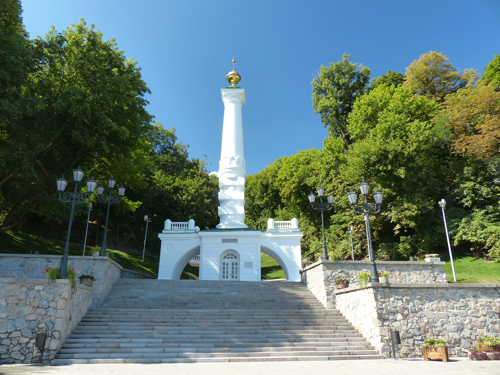 Magdeburg law stood and still stands today first and foremost for civic liberties and municipal self-government, thus be seen as one of the cultural foundations held in common by East and West to this day.

The high standing of Magdeburg’s municipal law receives public recognition time and again. An exhibition on “Krakow as a European City with Magdeburg Law “ opened in Krakow in 2007 on the occasion of the 750th anniversary of the renewed foundation of city and the granting of Magdeburg law in 1257. An exhibition on Magdeburg law was opened in Nesvizh city hall in Belarus just recently. The traveling exhibition “Sachsenspiegel und Magdeburger Recht – Grundlagen für Europa” has been and continues to be very popular in numerous venues such as Halle (Saale), Brussels, Minsk and Warsaw. A monumental column commemorating Kiev’s endowment with Magdeburg’s municipal law was erected on the banks of the Dnieper in the early 19th century.

The Zentrum für Mittelalterausstellungen has made it its mission to provide information about Magdeburg law on this website. Learn about the historic dimensions of Magdeburg law, opportunities for the “cities with Magdeburg law” to shape a common future, and current projects and events.

Along with basic information, this website includes a map of the historic cities with Magdeburg law and a glossary that summarizes current research findings on select key topics.
This website is an ongoing project that will be expanded and updated continually. Given the abundance of cities and the complexity of the topic, we are beginning with a core of information. We are grateful for any comments, additions, information on your own or other cities with Magdeburg law or other contributions.

The vast network of cities with Magdeburg law can only be covered collaboratively. We therefore thank our collaborating partners and supporters, specifically the Saxon Academy of Sciences in Leipzig.

Comprehensive information on the origin and development of the Magdeburg Law. Go to page

Navigate the map and discover the historic proportions of the Magdeburg Law. Go to map