Projects“Saxon and Magdeburg Law as a Cultural Link between the Legal Systems of Eastern und Central Europe”: A Project of the Saxon Academy of Sciences in Leipzig

“Saxon and Magdeburg Law as a Cultural Link between the Legal Systems of Eastern und Central Europe”: A Project of the Saxon Academy of Sciences in Leipzig 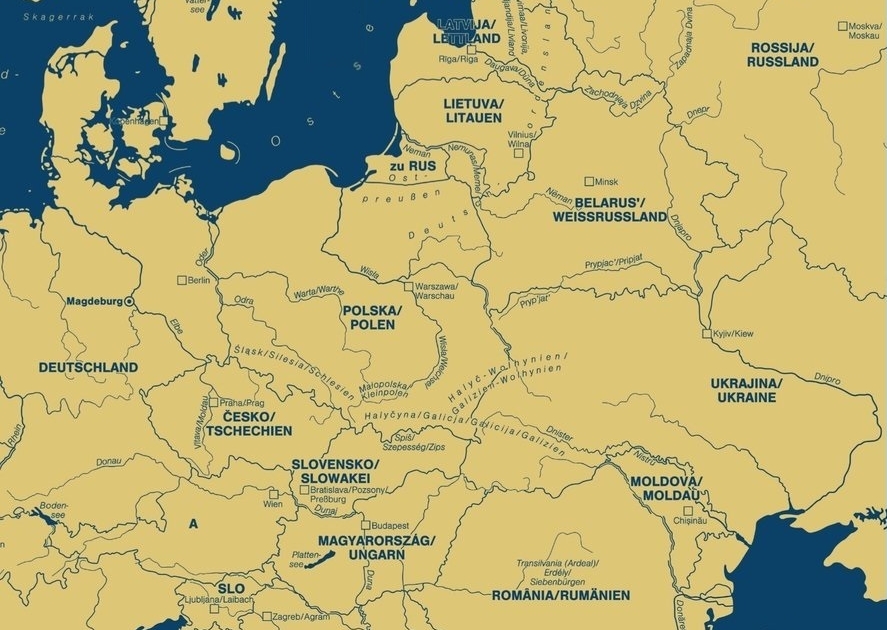 Map of regions endowed with Saxon and Magdeburg law

Along with Roman and canon law, Eike von Repgow’s Sachsenspiegel (ca. 1225) and Magdeburg’s municipal law were the common foundations of Central and Eastern European legal developments.

At the same time as several Eastern European countries were joining the EU in 2004, work was commencing at the Saxon Academy of Sciences in Leipzig on the cultural-historical and interdisciplinary research project “Saxon and Magdeburg Law as a Cultural Link between the Legal Systems of Eastern and Central Europe” initiated by Heiner Lück and Ernst Eichler (†).
It is examining the spread of the Sachsenspiegel and Magdeburg‘s municipal law in the countries of East-Central Europe, taking legal and linguistic processes into account.
The project is intended to expound the subject from a European perspective by not only examining Magdeburg law and the Sachsenspiegel and their spread from Germany and German-language sources but also by including vernacular manuscripts and printed matter from the particular regions being studied. Incorporating pertinent current research from the aforementioned countries, the reception of this law in East-Central Europe will ultimately be presented in publications resembling handbooks. In addition to this scholarly purpose, the project is intended to highlight common cultural-historical features in modern Europe.

Studies will cover a period from the beginning of the spread of Saxon and Magdeburg law in the second half of the
13th century up to the codification of the laws in the regions being studied around the 18th and 19th century.
The region being studied runs along the western borders of the present-day countries of Poland, the Czech Republic, Slovakia, Hungary, Romania and the eastern borders of Lithuania, Belarus and Ukraine. The outermost edges of this region still have to be specified – at least to the east and southeast. The internal division of the regions being studied is also oriented toward modern-day national borders, fully aware that these may only inadequately reproduce historical realities. Given their extreme instability during the period in question, the governing entities and national affiliations in the region of Europe being analyzed do not furnish any practicable alternatives for an expedient geographic division. We intend to respond to this dilemma fittingly by crossing borders within the regions being studied. The State of the Teutonic Order and Lithuania’s influence and ties with Hungary were taken into account for Poland, for instance.

The sequence of volumes planned will essentially follow the dissemination channels of Saxon and Magdeburg law, which had arrived early on in Silesia and thus the territory of the present-day country of Poland when it was first endowed.
The methodology of analyzing this law by taking the recipients’ vernacular sources as the point of departure sets this project apart from prior research.

Scholars in this field from countries that received Saxon and Magdeburg law gathered in Leipzig in the fall of 2003 for a conference launching the project in order to establish the state of research and to discuss future prospects. Building upon this, they have been studying the distinctive features of this law’s transfer since then.

The first volume published in 2008 is an introduction providing a survey of current scholarship on the spread of Saxon and Magdeburg law before the project began. [1] The second volume examines the first and most influential region to which this law was transferred, Poland (2011). The third volume does the same for Hungary and Romania (2013). The findings on the Czech Republic/Slovakia should be published in 2016. Two other volumes will examine Belarus/Lithuania and Ukraine and recapitulate the findings at the end of the project in 2019. Every volume is being published in the specially established series “Ivs saxonico-maidebvrgense in oriente”. Select research findings will also be made available on the Internet. [2]
For more information and a list of related presentations and publications, visit the project website.